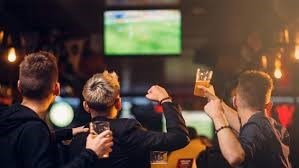 With no local competitive rugby at the moment, why not get down the club and watch live rugby on the large screen TVs?

Live rugby and few beers! What's not to like??

24th October - Ireland v Italy at 3pm then the Premiership final at 6pm.

There will be further games to watch in November and December. Further details to follow.