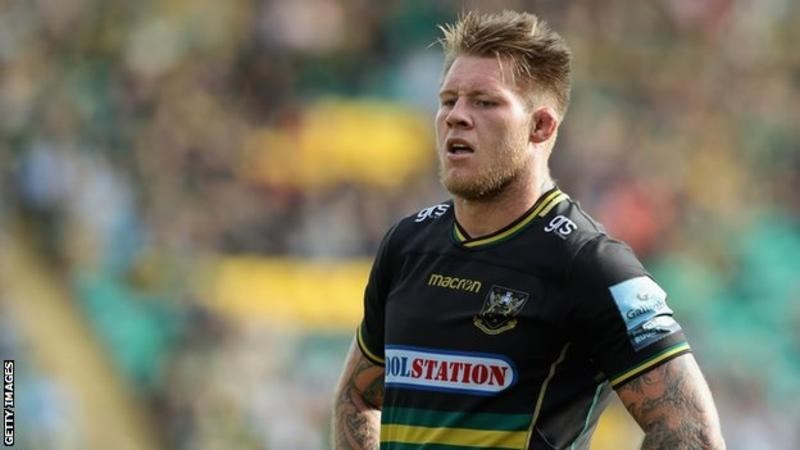 Clermont secured a quarter-final place in the European Challenge Cup after edging a thriller with Northampton, who also remain in the hunt to qualify.

The Top 14 leaders, who scored seven tries, seemed set for a comfortable win when they led 27-12 at half-time.

Teimana Harrison scored three of Saints' six tries as Northampton, who lost Dan Biggar to injury early on, fought back to within a point at 41-40.

Northampton must now beat Timisoara Saracens in their final Pool One game next Friday to secure second place and hope other results go in their favour.

The tone for what proved to be a try-fest was set early on as the sides shared four tries in the opening 10 minutes as scores from Sitaleki Timani and Peceli Yato for the hosts were matched by Saints pair Fraser Dingwall and Alex Mitchell.

Northampton then lost Wales stand-off Biggar to a leg injury before Clermont moved clear and earned a bonus point with further first-half scores from Peter Betham and Wesley Fofana.

The two sides then traded further tries as Fofana and Betham both crossed again in response to Harrison's first two tries and Cobus Reinach's score.

But when Harrison burrowed over to complete his hat-trick and Biggar's replacement James Grayson landed his fourth conversion, the Saints were within a point and in sight of ending Clermont's 27-game winning streak at home in the competition.

However, Grosso went over to end Northampton's hopes of victory and Scotland scrum-half Greig Laidlaw's conversion also cost them a losing bonus point.